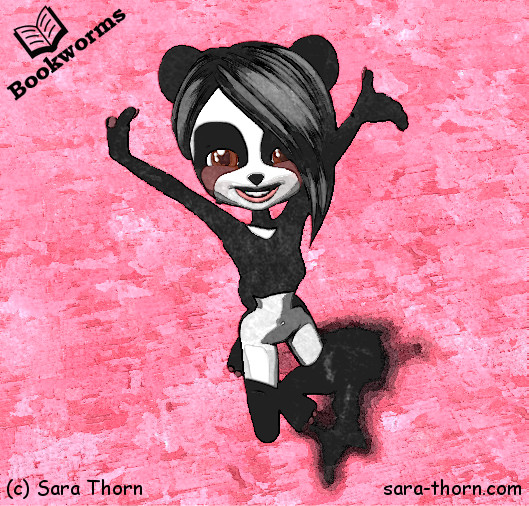 Note: “Possession” was the working title for Pawns of Zier.

Yesterday, I typed the magic words on Possession–“The End”! 🙂 It hasn’t quite sunk in that it’s finished yet, but I’m happy to report that I celebrated with some very nice strawberries, dark chocolate and cookies. Yum!

Now, for some nerdy writing statistics on the first draft!

Days to complete the draft:
43

And, some fun charts! 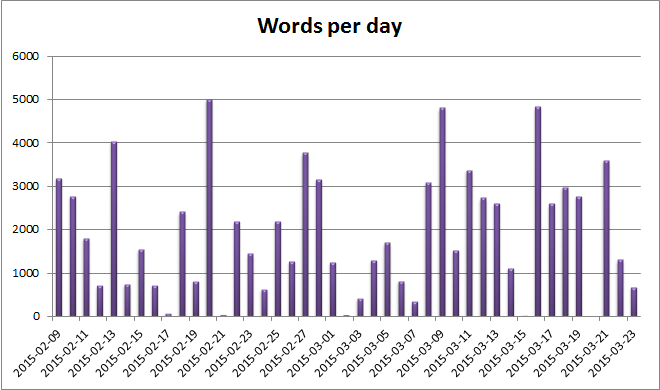 What can we conclude from this? Well, for one thing, I don’t like to leave days with 0 words. 😀 Even if I didn’t have any time to write some days, all but one of those days I still wrote a few sentences. I really prefer to keep the book fresh in my mind, and I find that really helps. At the other end of the spectrum, my top word count per day was 5,000 words.

Otherwise, there are more low bars early on, and the reason for that is that I could reuse more experimental scenes for the first part of the novel–but I had to modify them and that took time, so I wasn’t writing new words.

Here’s another with average per weekday: 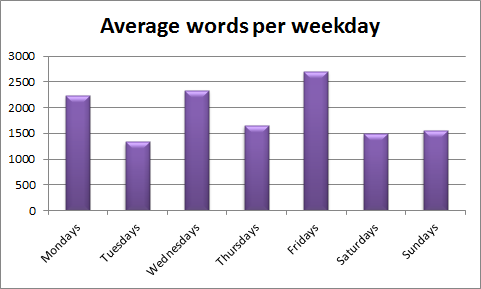 Tuesdays had the fewest words, which makes sense because it’s the day I’m usually writing blog posts. Mondays and Fridays quite unsurprisingly have the most, because those are the days I have more time to write. Why are Wednesdays so high though? Beats me, but it seems to be a productive day, despite having the same amount of writing time (on average) as Thursdays! I also note that I never end up writing as much as I optimistically think I will on weekends. 🙂 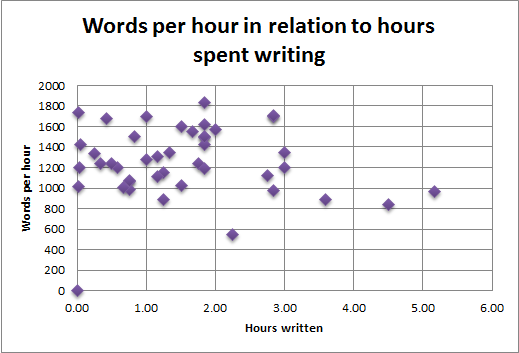 Here I was curious to see if I write faster depending on how much time I spend writing. The answer seems to be no. Most days, I write between 1,000 and 1,800 words per hour it seems. There’s one fallacy in the data though, and it’s that I didn’t track how many writing sessions I did. Most days, it’s two–one in the morning, one in the evening, but sometimes it was three.

Now, I’m off to celebrate finishing the draft some more!